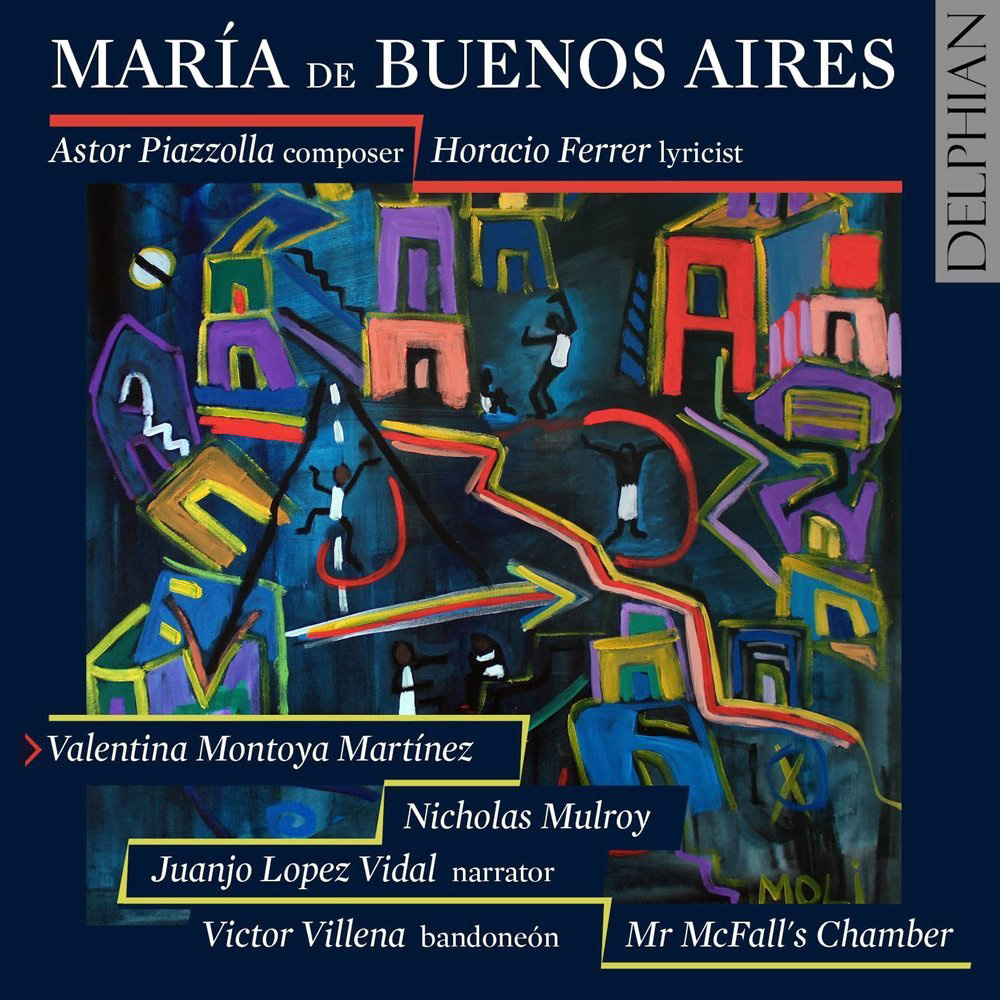 Who is María? Horacio Ferrer,librettist of this unconventional operita , said that she was a representation of Buenos Aires, embodying the spirit of tango itself. María de Buenos Aires lies outside any known genre. According to Ferrer, its highly poetic libretto was written not to be understood, but to create emotion and atmosphere .Piazzolla’s music, too, offers a charged mix of classical forms and Argentinian traditions milonga, tango and the sparring spoken word of the traditional payada. In this,the first major recording since the 1980s, Delphian stalwarts Mr McFall’s Chamber are joined by their long-term collaborators Valentina Montoya Martínez and Nicholas Mulroy, narrator Juanjo Lopez Vidal, and internationally acclaimed tango musicians Victor Villena and Cyril Garac.Renowned for their eclectic approach to programming, which takes in everything from progressive rock, cartoon classics, folk and jazz,to early music and contemporary classical, Mr McFall’s Chamber have carved out a reputation for their insightful tango interpretations in recent years. This arrangement of Piazzolla’s score, which was specifically conceived for the group by its founder, Robert McFall, represents the culmination of more than ten years dedicated work.

Astor Piazzolla’s tango opera is fierce and hot-blooded thing, with its swirling text by Horacio Ferrer and deft mashup of fugue, milonga, cabaret, even 1960s psychedelia….the sultry exchanges between violin and bandoneon are irresistible, as are the voices: smoky narration from Juanjo Lopez Vidal, with Valentina Montoya Martinez unflinching as Maria, and huge-hearted chansons from Nicholas Mulroy. If you know him as Bach’s Evangelist, just wait till you hear his way with a slow milonga.Devastating.
The Guardian