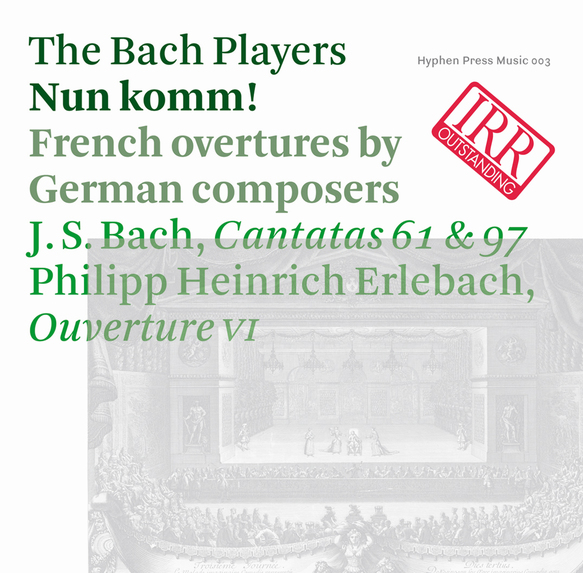 The Bach Players explore the form of the French overture in two cantatas by J. S. Bach: the thrilling Advent cantata Nun komm der Heiden Heiland, from his Weimar years, and In allen meinen Taten from his later years in Leipzig. They follow with a dance suite by Philipp Heinrich Erlebach, opening with another French overture. To complete the disc, Heinrich Isaac s beautiful Innsbruck ich muß dich lassen, which provides the choral melody for cantata 97, is sung a cappella, and played in two instrumental settings by Christian Hollander and Paul Luetkeman. A 16-page accompanying booklet includes notes on the pieces by Hugh Wood, and the texts of the cantatas in German and in English translation. Engravings of performances at the court of Louis xiv at Versailles are used as illustrations. The CD and booklet are held in a packet made of card and without any plastic.