The Entry into Jerusalem 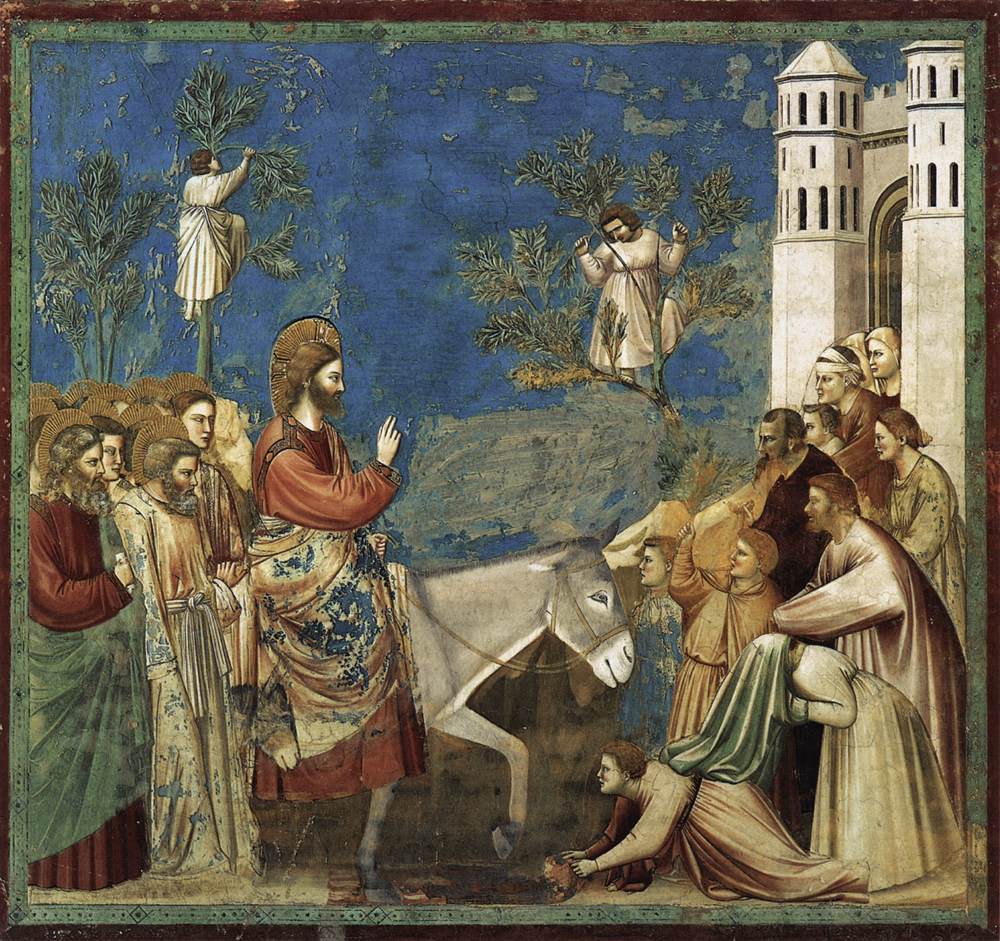 Something for Palm Sunday, this is taken from the Scrovegni Chapel in Padua, which is almost entirely decorated with these frescoes. It may look a bit basic to our eyes today, but worth remembering that this is from 1305(!), and Giotto is moving away from the stylised iconography we see in Byzantine drawing, and one of the first artists to espouse a heightened fidelity to the human world. If we can get past age, and we must, there’s plenty to admire. The two groups of people facing each other remind me of Goya’s 3rd of May: the male disciples, ordered and tightly bunched, (their real number revealed by a clump of halos) contrast with the crowd of men, women and children spilling from the city gates to welcome the Son of David, one even laying out an improvised ‘red carpet’. I love the guy climbing the tree who looks like he’s dancing. Front and centre, though, is Jesus. Giotto foregrounds him, not only in size, but look how much more three-dimensional and tangible he is than the others: blessing those who will kill him with a gesture of peace, fixing them with an unforgettable focus. And let’s not forget the donkey: by placing it so prominently, the artist reminds us that at the centre of this story – this is one of a series of frescoes depicting the Passion narrative – are humility and service.