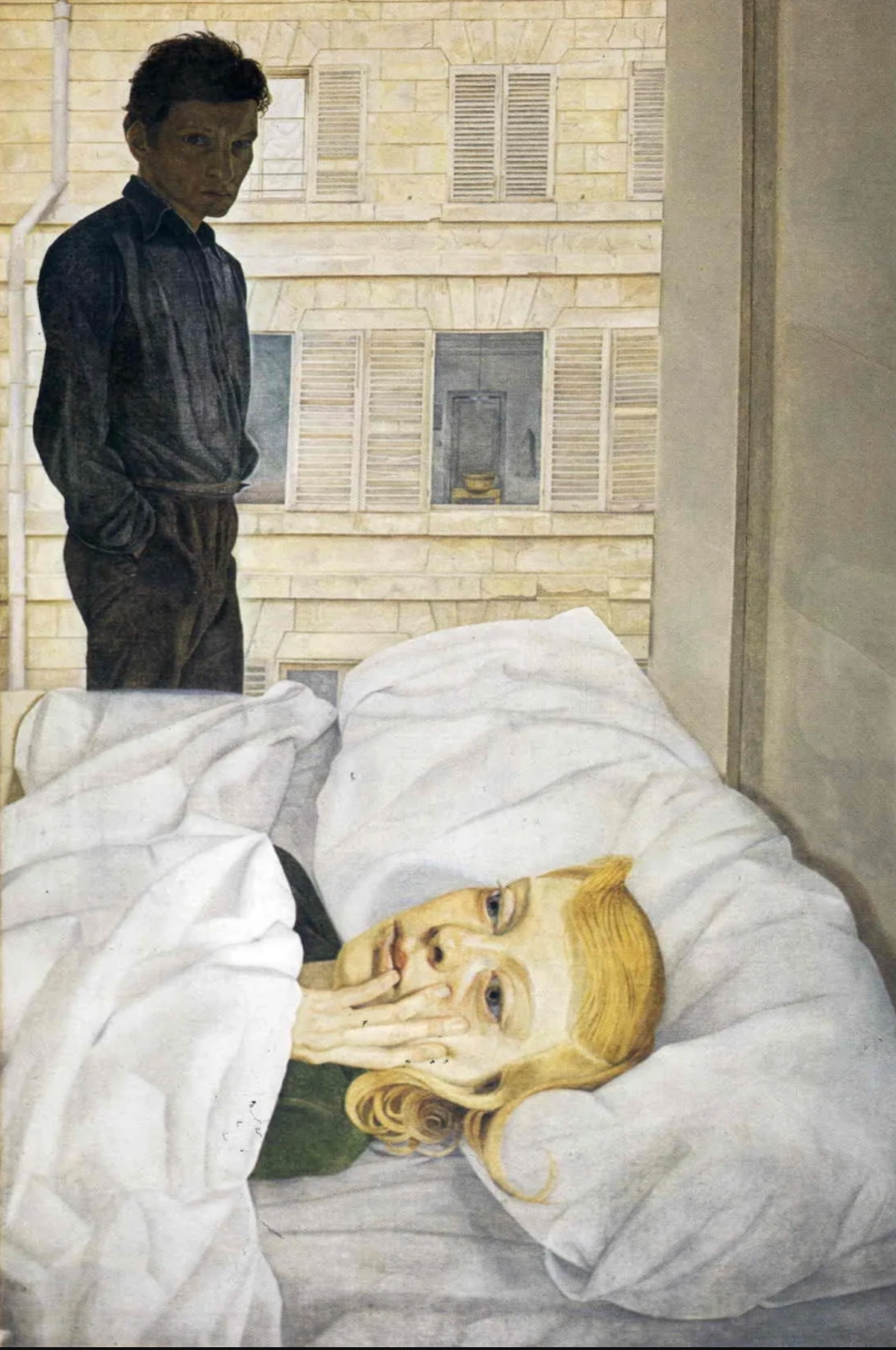 Like El Greco’s Toledo, this picture crackles too, though this time with the dull, quiet ache of bitter recrimination. The girl (the painter’s wife at the time, though not for much longer) is an almost grotesque combination of girlish and aged, a distant relative of the dwarves in Las Meninas, and grips her face, perhaps in despair. We’re twenty years or so later than Hopper’s hotel, and even with the artist standing shiftily in shadow – elusive, threatening, and almost sucking the light from the scene – we are reminded that you don’t need to be alone to feel isolated. The openness of the window behind – apparently Freud smashed it to give himself better light – shows how exposed they are to the world, even in their privacy. I love (I think!) the uncompromising lack of connection between them, a stark portrayal of the agony of a disintegrating relationship.

The Entry into Jerusalem – Giotto
Scroll to top