You are the Sun 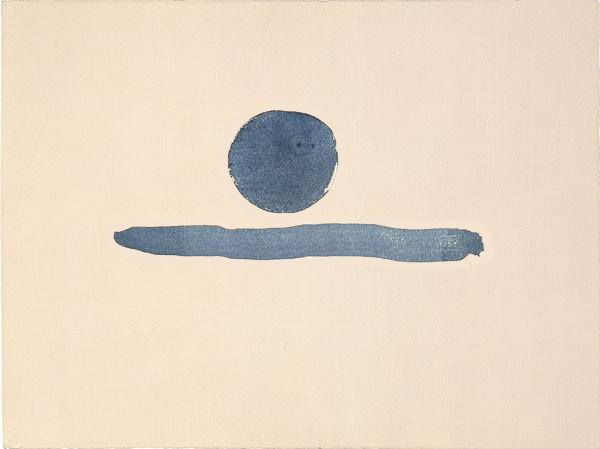 I came across this on Twitter, where the two replies went along the lines of “so deep; could look at this all day” and “wow she really phoned it in here”. They’re both utterly valid responses – abstraction at this degree won’t necessarily speak to everyone – but it’s worth giving some context. O’Keeffe obsessively sought the essence of things, painting objects again and again until she had lifted the latch on their heart, so it’s logical that she was drawn (pun absolutely intended) to the directness and even spirituality of a simple line and circle, in shades of calm and reconciliation. To me the picture seems open-armed and hospitable, as much as an invitation as an image. This is an artist whose first childhood memory was “the brightness of the light, brightness all around”. But by this time she was ageing and rapidly losing her sight, her perception of colour especially impaired (a cruel celestial joke, like Beethoven’s hearing) which might explain the apparent contrast of the blazing title and the subdued colours. This is a song to beauty and simplicity, but also a testament to the triumph of spirit over flesh – the work of a seer who can no longer see – and an embodiment of Antoine de St-Exupéry’s idea that perfection was “not achieved when there was nothing more to add, but when there was nothing left to take away”.