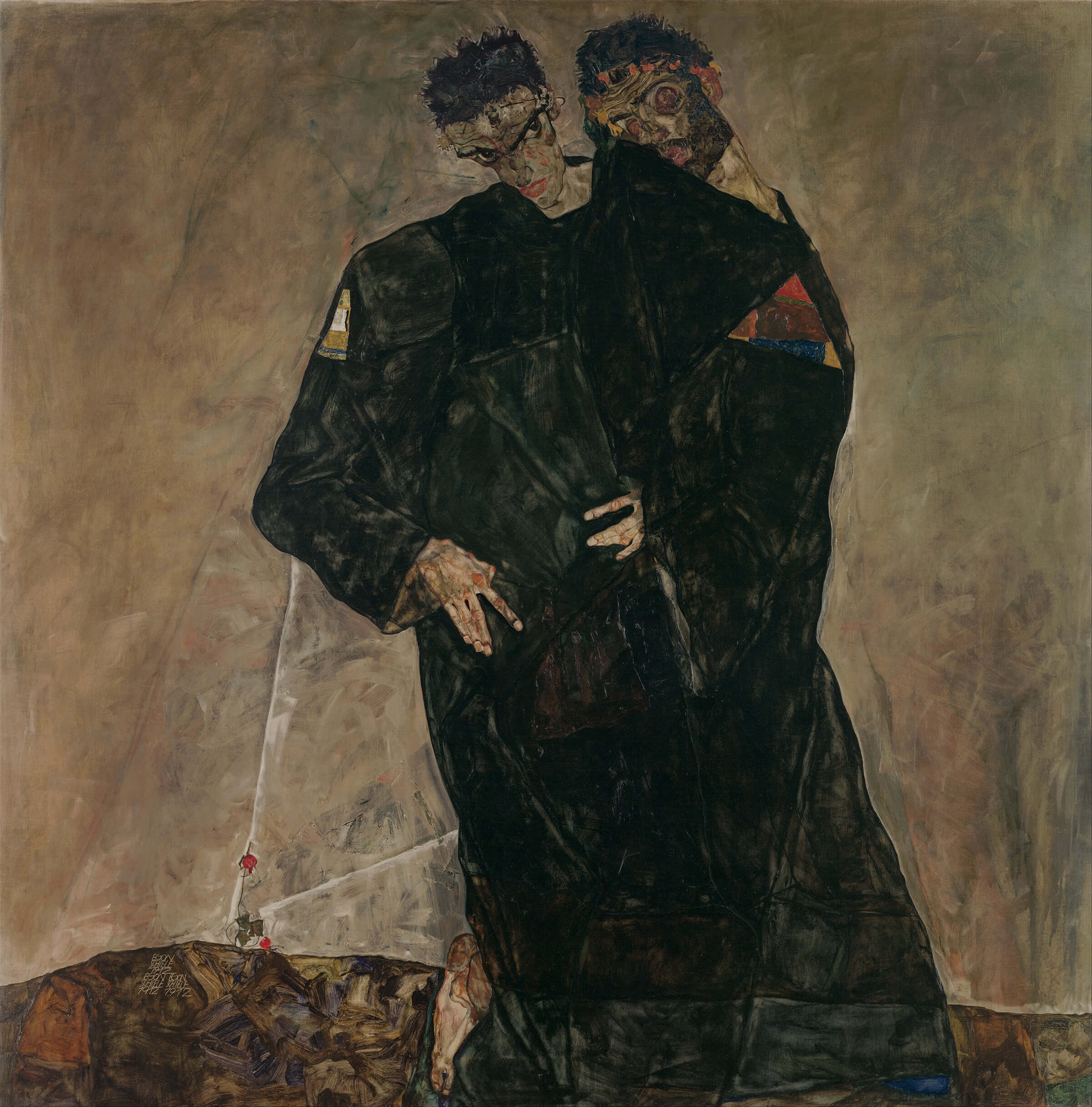 Early 20th century Vienna was a hotbed of progressive thought, and this picture portrays two giants of visual art – Schiele and Gustav Klimt – an Expressionist cousin of Raphael’s double portrait. (In music, at the Austrian premiere of Strauss’ Salome in Graz, Mahler, Puccini, Schoenberg, Berg and possibly even Hitler were present.) Klimt was the precocious Schiele’s mentor and friend, and they’re both seen in black here, a tribute to the entwining bodies we know from Klimt’s Kiss, but with a very different air temperature. We see only one foot, embedded in the earth, both men springing from the same natural root. Schiele’s hands, characteristically, are held in an unusual pose, as if accentuating the act of painting. The Christ-like older man, crown of thorns on his head, looks blind – is Schiele mocking him or suggesting he’s a seer or visionary? The title, too, suggests men on the margins, with overtones of religious isolation. This isn’t beautiful or graceful like Raphael’s picture, but in its portrayal of the relationship between two artists whose lives and loves intertwined so often, it’s unsettling, riveting, and unforgettable.

Self-portrait with a Friend – Raphael

Descent from the Cross – Rembrandt
Scroll to top