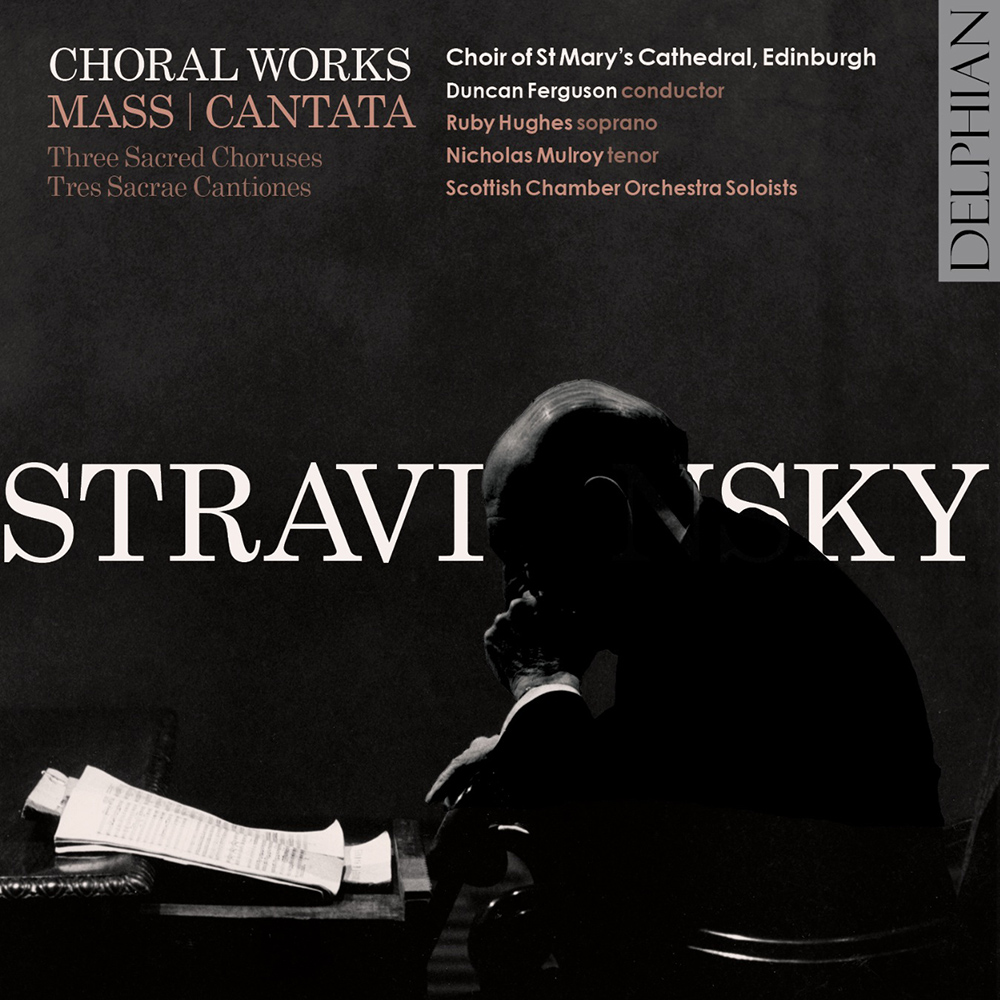 Since taking the helm of the St Marys choir in Edinburgh, Duncan Ferguson has directed them in four composer-led recording projects featuring Taverner, John Sheppard, Bruckner and Gabriel Jackson. Every one of these discs has attracted editors choices from one or more specialist classical magazines. Now, in Fergusons most ambitious project to date, the choir are joined by players from the Scottish Chamber Orchestra and vocal soloists Ruby Hughes and Nicholas Mulroy to record major works by the twentieth centurys most influential composer. The choir rarely get to perform Stravinskys Mass in its full version with wind instruments accompanying rather than organ (We love it! proclaimed the choristers), while a performance of the Cantata with cathedral choristers rather than an adult choir is rare indeed. Also included are Stravinskys completions of three cantiones sacrae by Gesualdo; their weird contrapuntal twists and turns are relished by this intelligent, committed choir, and provide a stark contrast to the austere simplicity of Stravinskys own short sacred choruses. Gabriel Jackson provides the illuminating accompanying essay.