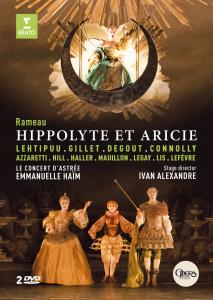 Emmanuelle Haïm has established herself as one of the world’s leading performers, conductors and interpreters of Baroque repertoire, not only with Le Concert d’Astrée, the ensemble she founded in 2000, but with several of the world’s greatest orchestras. Known for her fresh and expressive approach to Baroque music, she has garnered critical acclaim and several international awards with her own ensemble, including Victoires de la Musique Classique, ECHOs, Gramophone Awards, and Grammy nominations.