A Bigger SplashMan with Red Eyes 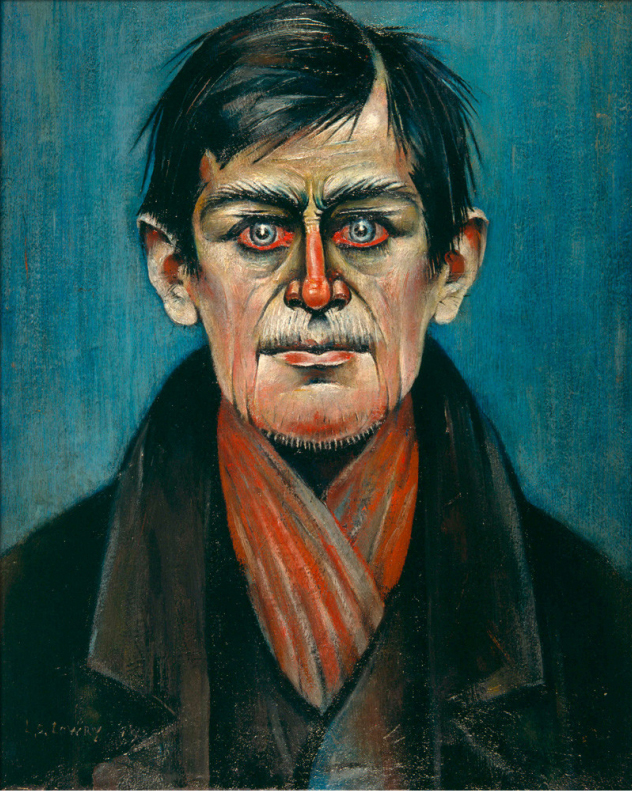 The first owner of this sold it on just three weeks after buying it, finding it impossible to live with. You can see why. It was begun as a self-portrait, and, despite the vague title, it really remained one. Stricken at the time with the loss of his distant father, and weighed down by caring for his ailing, domineering mother, you can see the effect of all this, as well as time itself, on the artist. Despite the thick, closed overcoat, and the tightly tied scarf that seems to strangle him, the subject is psychologically laid utterly bare: the whisky-sodden nose, scraggy stubble, and a hairdo that looks like a vain attempt to conceal his internal chaos. Framed by those feral, exaggerated eyebrows, the eyes are bottomless pools of burning rage and anxiety. They stare out with no hint of tenderness, and seem to wail in bloodshot, lachrymose silence. “You don’t need brains to be a painter, only feelings” Lowry once said. In putting the inside so vividly outside, he gives us a vision of a man who is nothing *but* feelings: of terror, inadequacy, and mortal fear.

The Burial of the Count of Orgaz – El Greco