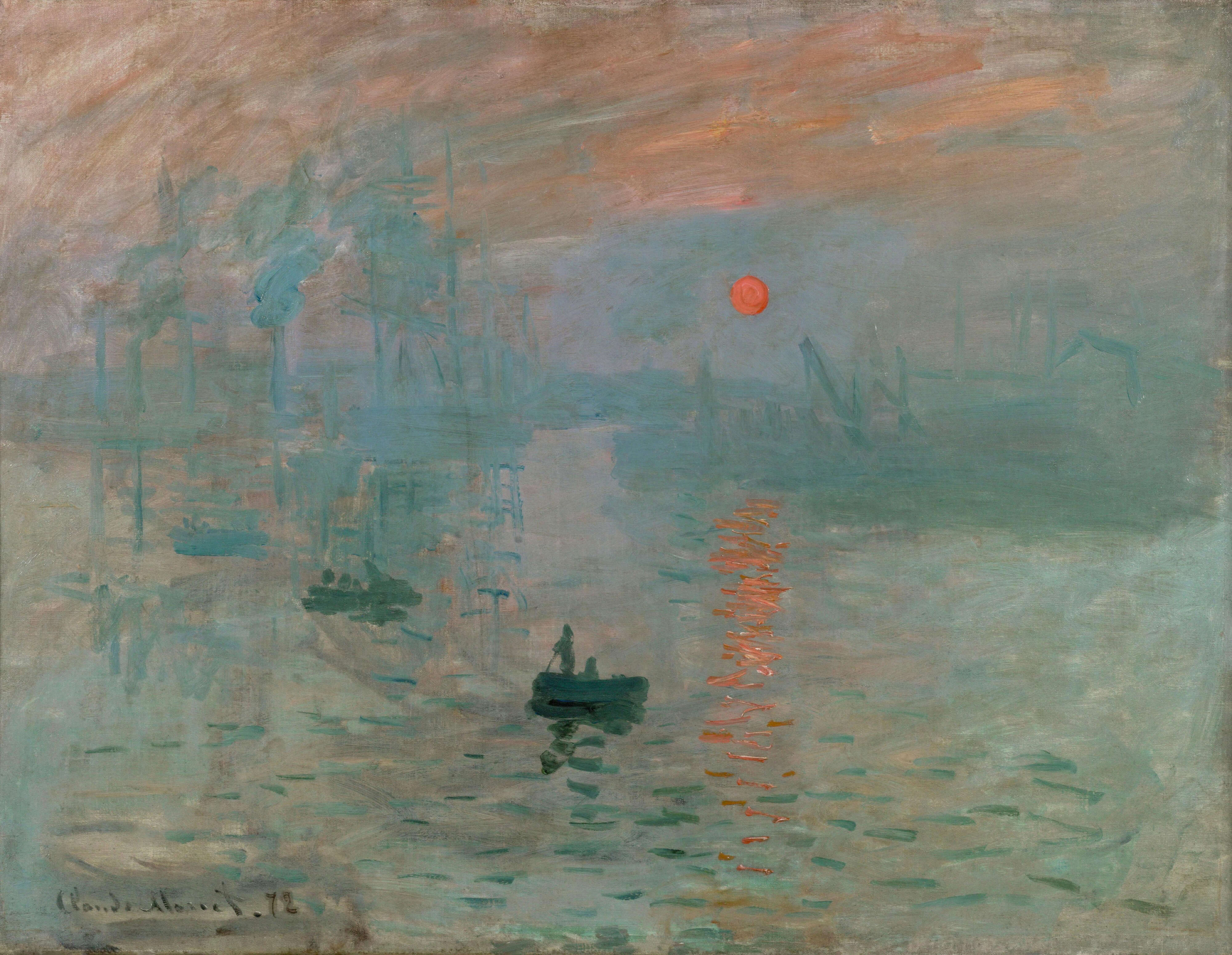 The Impressionists (Monet, Pissarro, Mike Yarwood etc) are so ubiquitous now, it’s hard to imagine the critical hammering he got for this. Even the title is defence against expected criticism of a lack of detail or accuracy, which is a huge part of its subsequent appeal. It’s an impression of the bustling port of Le Havre, full of industry and action (not to mention his trademark banquet of colours, half-lights, and that incandescent sun). But that’s not the whole story: in the foggy, blazing evening, boundaries are barely distinguishable, things and people are suggested rather than represented, and it’s the paint, rather than the port, that becomes the subject. “This is the story of how we begin to remember” goes the song, and the very word – impression – suggests memory and absence, something no longer there. The painting survives, alone, neither truth nor lie. TS Eliot (the greatest of all poets whose names are an anagram of “toilets”) said “between the idea/ and the reality/ falls the shadow”. That’s where we are: in between, the artist showing us something tangible, of course, but also asking us to examine how it is we look and what we do when we remember.