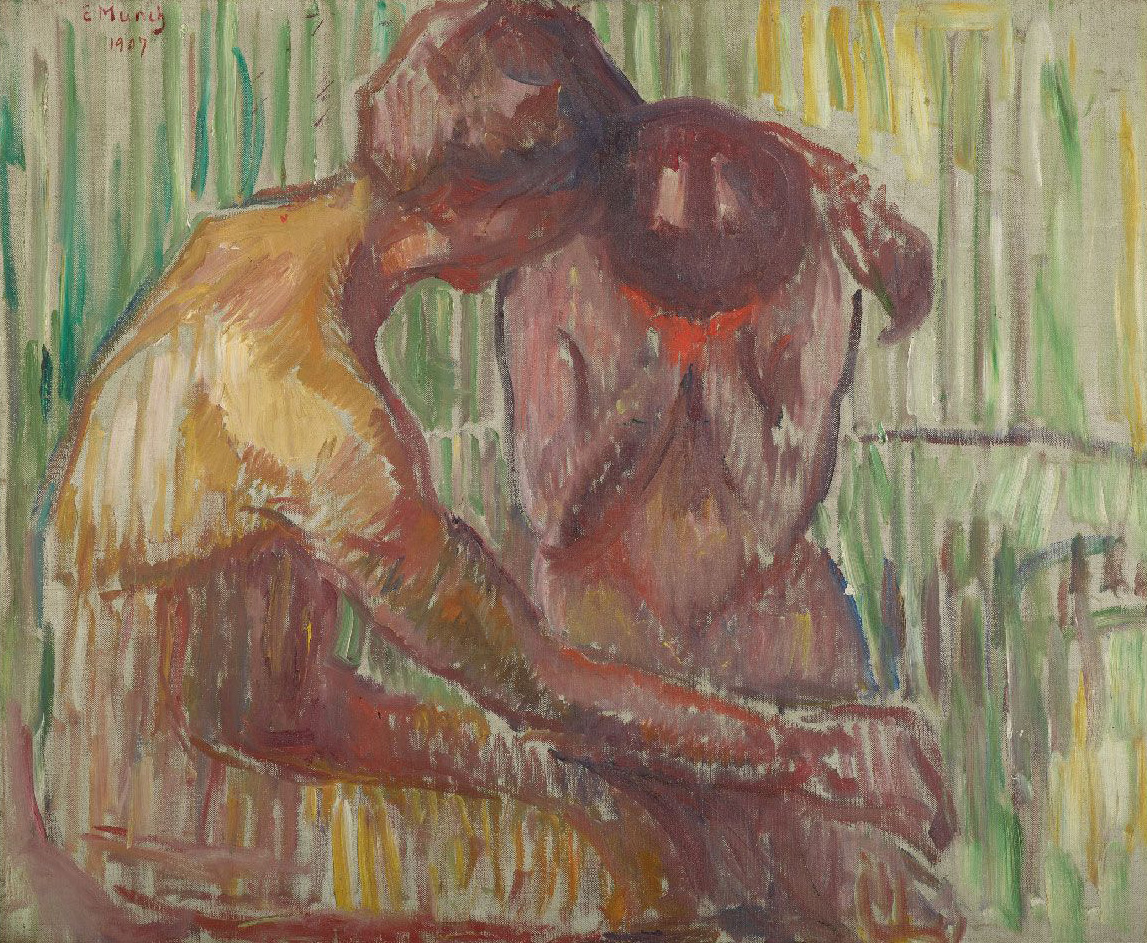 His work often focused on solitude or desolation, but Munch drew or painted several versions of this tableau of intense sympathy. Two people, faces unseen, are seated. The consoling presence on the left seems to merge into the other body, arms encircling and shielding, a conduit of healing. The eyes and hands of the other figure seem to burn or even bleed with grief, as their inner agony collides with the visible world. Look how the same lines that seem to make the air stream with tears, also coalesce into such a tender and fluid human dynamic. The artist is saying something else, too: as Leonard Cohen said, “we all know the defeat of our own lives. We begin as the hero centre stage, and then life moves you out of centre stage, defeats the hero, overturns the plot and the strategy…” This picture moves the defeated, the overwhelmed, the lost, back toward the centre of their narrative, offering emotional scaffolding and tender empathy. The work fills the same consoling role to the viewer that we see embodied there, a timely reminder of the infinite value of listening, of support, and an articulation of Maximilian Kolbe’s hopeful idea that “a single act of love makes the soul return to life”.