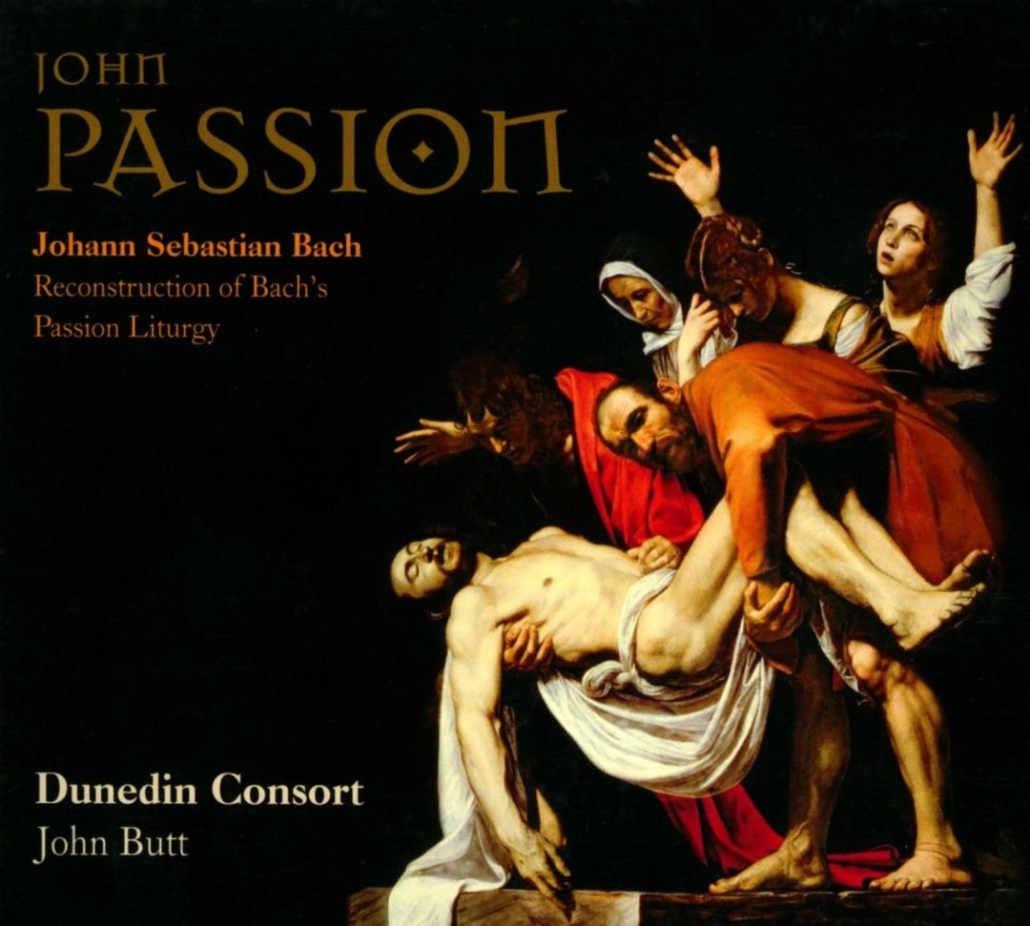 This is the premiere recording of J.S. Bach’s John Passion heard for the first time within its original liturgical context.This recording marks the return of Dunedin Consort’s star-studded cast including,Nicholas Mulroy,Matthew Brook,Robert Davies,Joanne Lunn and Clare Wilkinson.Director John Butt has given listeners an interpretation that will provide a refreshing outlook on this masterpiece and will show the John Passion in a completely new light.The Consort recreate the context of a passion performance during Bach’s time at Leipzig;the University of Glasgow Chapel Choir(directed by James Grossmith)and a congregational choir of amateur singers perform motets and chorales from an original Leipzig hymn book and John Butt takes centre stage to perform organ preludes on the Collins organ at Greyfriar’s Kirk in Edinburgh,where the recording took place.

When we perform religious music in the concert hall,inevitably we lose a sense of context,both of a church building but also of the surrounding liturgy.This historic and supremely important new recording restores Bach’s dramatic Passion to the setting for which it was designed,with prayers,chorales,organ preludes and even(if you download it)a sermon.The result is to contextualise brilliantly Bach’s thinking:some aspects will surprise (unaccompanied unison chorale singing), others are maybe questionable(a Gallus motet follows without a pause at the end of the Passion),while others are revelatory(organ preludes before the two parts of the Passion).Enclosed within is a really fine,taut,mainly single-voice account of Bach’s music led by Nicholas Mulroy’s powerful Evangelist and Matthew Brook’s affecting Christ which somehow acquires new power for emerging from its spartan surroundings.John Butt’s research and direction are an object lesson in musical study brought to compelling life.
The Observer

Indeed, naturalness and emotional honesty are what emerge from this tight-knit and perfectly paced ensemble Passion, in which Bach s complex succession of recitatives, arias, choruses and chorales has surely seldom sounded so convincingly of a piece.
Gramophone – Recording of the Month

Butt s contextualising demands to be heard: it s nothing short of a revelation.
BBC Music Magazine – May 2013 – Recording of the Month

The liturgical experience offers benefits to heart and mind.Hearing the extras congregational chorales(warmly delivered by Glasgow University’s Chapel Choir),we trace the connections with the Passion’s choruses and chorales.The sense of community drama is increased.The artists themselves bring pleasure…the Dunedin Consort and their director John Butt attack the music with customary verve.
The Times

Until recently the status of John Eliot Gardiner’s recordings of the Bach Passions, Christmas Oratorio and b-minor Mass (DG – see below) was unassailed. John Butt and the Dunedin Consort on Linn challenged the hegemony of Gardiner’s Matthew Passion a couple of years ago and now they’ve done it again with the John Passion.
Music Web – CD of the Month