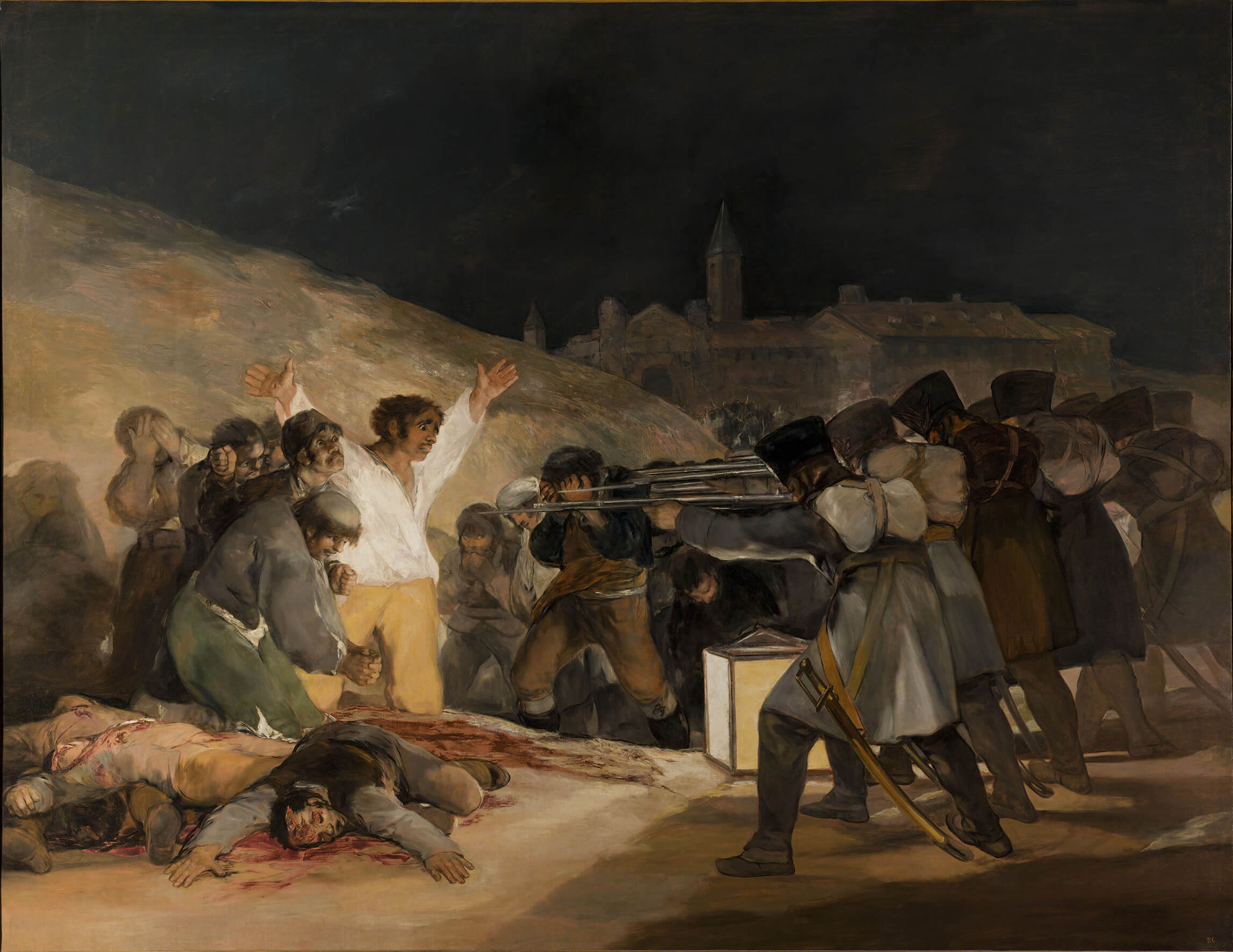 A depiction of the uprising of the Spanish against Napoleon’s troops, painted in 1814, the same year as Beethoven’s Fidelio. It’s clear where the painter’s political sympathies lie: contrast the faceless anonymity of the executioners with the all too real terror of the victim; the rigid line of the firing squad against the cowering, crumbling mass of their target. There’s irony, too: the illumination thrown by the lantern had in baroque art been a sign of the presence of god, but there’s no redemption here, the light is just a means of showing the grim deeds of the firing squad. The well-lit victim has Christ-like connotations – the crucified arms, the yellow and white colours of the papacy, and even a stigmata in the hand – but it’s clear that he is just another in a line to be shot. Goya comes to us as a prophet and messenger of modernity: there’s no nobility in this martyrdom, just unvarnished brutality, and a depiction of anonymity and futility as a central part of the human condition.

Beheading of John the Baptist – Caravaggio