Nicholas is recently back from a trip to Australia and New Zealand, where he sang the B Minor Mass with the Melbourne Symphony Orchestra, the title role of Monteverdi’s L’Orfeo in Canberra, and the St John Passion with Stephen Layton and the Auckland Philharmonia. Of his performance in Auckland, Simon Holden wrote:

“Nicholas Mulroy attempted the feat singing both the highly arduous role of the Evangelist and the tenor arias (often split between two singers) and triumphed rather spectacularly. From the beginning, there was never any sense that the Evangelist’s part was bloodless recitative; this was a truly alive narrative. He was never afraid to make a dramatic statement whether it be through urgent declamation or through the achingly drawn-out phrases as Jesus dies on the cross, and these different moods were vocally coloured in a most involving fashion. Mulroy was also consistently fresh-toned in the high tessitura and able to fine his tone down to the most gorgeously projected ghostly pianissimo.”

Meanwhile, the New Zealand Herald’s William Dart said “He outlined the work’s sorrowful trajectory with a remarkable range of emotions…” 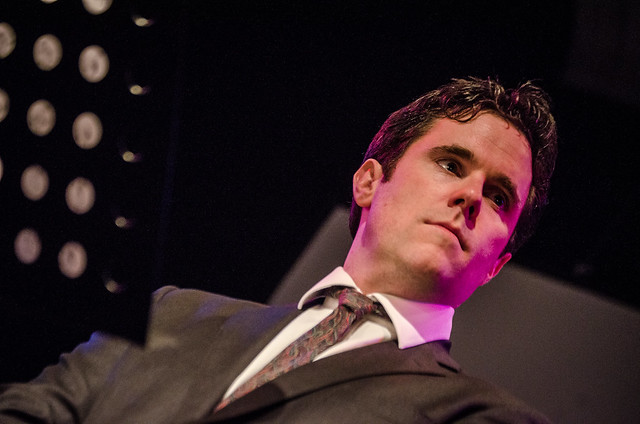 In December 2013, Nicholas made his début with the ACO in three concerts of Bach’s Christmas Oratorio, in Canberra, Sydney Opera House and Melbourne Arts Centre. Of the concerts, Harriet Cunningham, in the Sydney Morning Herald, wrote, “Mulroy’s biography states that he is “the most sought-after evangelist of his generation”. It’s a big call, but to hear him sing there is no doubt. He is a cogent story-teller, with a radiant sound that just gets more ravishing as it gets higher. It is hard to imagine anyone singing it better.” Clive O’Connell in The Age, spoke of “Nicholas Mulroy’s flawless Evangelist” and Jennifer Gall in the Canberra Times, said “…Nicholas Mulroy established the standard for the entire performance with his opening recitative. His vocal strength, coupled with a sustained, dramatic presence, kept the audience engaged with the story…”.